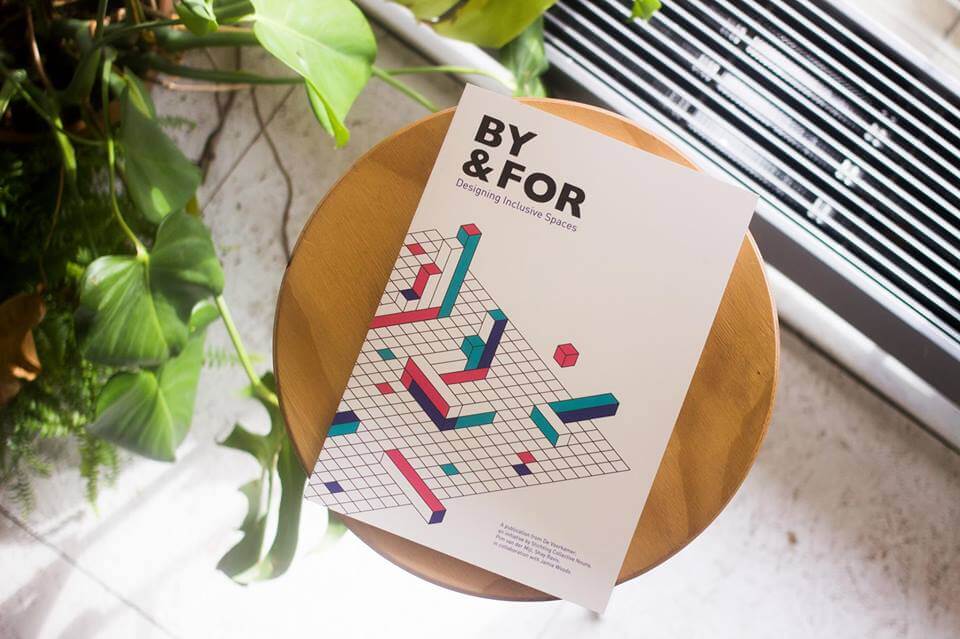 In May, I worked with Shay from De Voorkamer, helping to find references and research to support their funding applications. The work contributed to a project framework document, 'Project Plan 2017-2018: Contextual Co-Creative', setting out the program for De Voorkamer and its intentions for the year ahead.

The fields of urban and migration studies indubitably encompass vast and broad themes, each worthy of their own subcategory of rigorous study. Yet ultimately, in both fields, any theory, grand idea, design or policy takes effect at the scale of the individual. The abundance of governmental reports, academic papers and media coverage, make researching broader themes, top-down strategies (and non-strategies) remotely a much easier pursuit; grappling with understanding the complexities and daily running of individual projects requires more of a first-hand experience.

As such, being based in Cambridge for the early part of my research, my initial responses and design considerations have primarily been formed through taking a position against national strategies and approaches, with lesser input from understanding first-hand sensibilities. Increasingly working alongside projects such as De Voorkamer is allowing me to address this imbalance, connecting my research back to the scale of an individual, a singular space, building or live project, by testing and questioning my ideas to further my understanding and ensure the research develops in line with the realities of my site.

Through conversation with Shay, it became apparent her experiences at De Voorkamer were largely the inverse of mine. The project, which began from grass-roots, has primarily thought on its feet and as a guiding principle, has developed its methodology in collaboration with the locals and migrants who engage with the project. Aside from occasional consultation with partners and advisers, the direction of the project is governed from within; new questions are continually asked, answered and reframed to adapt to the realities of their live conditions and learned experiences. Research and academic reports have played a lesser part in informing their ideas and designs to date.

Our conversations have helped in shaping my own research and furthering my understanding of the topic; equally introducing some of the relevant research I have been conducting and the references and reports I have used, has been of benefit to answering or at least re-asking some of the questions in De Voorkamer.

Since the initial success of its predecessor pilot project, which ran from April to June in 2015, De Voorkamer has evolved to establish itself as focal point in the local migrant integration network in Utrecht. The project is funded on a range of government arts council and private funding initiatives which are reviewed annually; with funding budgets coming up for renewal, the project is seeking to secure further investment to expand upon the success of its program and continue to evolve its framework. I was invited to assist in introducing relevant references from academic research and reports, to support both the work already carried out in the program of De Voorkamer and the aims set out to expand upon this work in the funding documents. The invitation presented an opportunity to understand the administrative workings of a grass-roots project, gaining insight into their relationship with funding bodies and sponsors.

Conducting the research allowed me to better understand the working practice of individual projects, whilst identifying the knowledge gaps in my own research, in respect to the more intimate scales and concerns within the fields of urban and migration studies. In pursuing broader themes at an institutional, city or even national level as my design response have to date, understanding the sensibilities at the individual level to question current practices and my future responses is absolutely key.

Bridging the gap between the realities of the working practices at the individual level and the broader themes in my research, has allowed me to question how the former may be amplified by the later. In particular, one of the key references I shared provided an opportunity to reflect on the marriage of the individual and broader scales. Allport’s ‘Conflict Hypothesis’ (Allport, 1955) posited physical contact between members of different groups under select conditions, can work to reduce prejudice and conflict. Through detailed research, he concluded reduced prejudice will result when four positive features of contact are present: (a) equal status between the groups, (b) common goals, (c) intergroup cooperation and (d) the support of authorities, law or custom [1].

In my earlier research, I had uncovered a report which identified a trend in the funding of arts integration projects such as De Voorkamer.

“Funding from the government side was identified at different levels, including the EU, but local governments were identified as the key funders and supporters of local initiatives.” [2]

The primary funding channels for De Voorkamer countered this trend, with private national bodies providing the main funding with some additional national government funding. As yet, no EU or local level funding had been secured; I am interested to gain a better understanding into the local and EU level funding structures and the requirements to access such initiatives.

The full article can be found here.