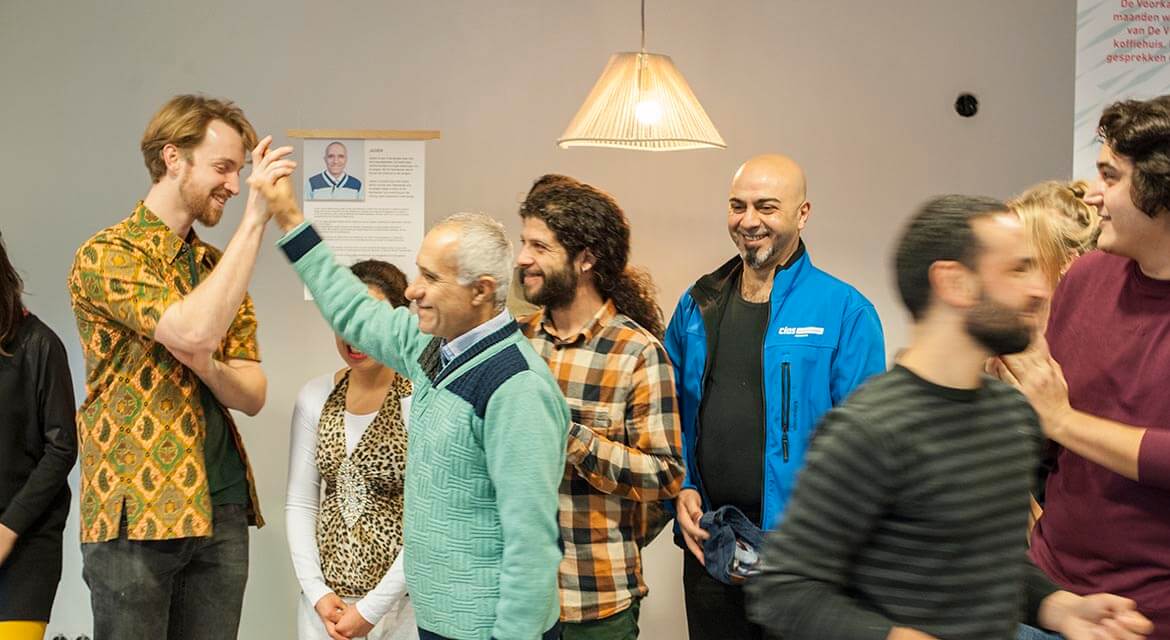 A while ago, I wanted to set up a meeting space in Utrecht where people can get to know another, find common interests, network, build friendships and so on. I chose Utrecht because I believe the city had so much potential considering the continuous pro-activeness of its local community to participate in artistic, cultural and social initiatives.

I believe that no idea occurs without a reason as in later on, I heard that De Voorkamer was located in Utrecht. It of course grabbed my attention right away because its concept was very close to what I wanted to create myself. I also started to hear the names of Pim and Shay more and more from people in my surroundings. One day, while scrolling down on my Facebook news feed, I saw a post from Pim on New Neighbours/Utrecht — which is one of the online platforms for the newcomers and local community to meet each other. I sent him a message by sharing my interest and he invited me for a coffee on the same day. Soon after, I could meet Shay as well, on a Straffe Koffie night — our small scale event to play games, meet new people while enjoying some (Arabic) coffee and tea. It was a joyful experience to get to know these two and they quickly meant way more than being my partners in crime.

Since early February 2017, I am involved in De Voorkamer team and luckily have been experiencing their concept based on crowd-sourcing. The project offers local community members the opportunity of co-creation that may result in diverse products, events or activities. People match their skills for new ideas based on the personal stories, shape them with an innovative approach and create (professional) connection(s) in the meantime. They take up on micro tasks where they individually offer the best of themselves and their experience. This eventually makes the content of each small assignment richer than to be realized the otherwise.

To give even more personal point of view, De Voorkamer is highly valuable for me because of its people. I know that each person offer things such as their talents, skills or help from the heart. This eventually makes many team members become close friends and feel like a family as an addition to the outcome of the project. People put loads of effort with a passion of bringing something valuable for the society. Maybe that’s the core reason of continuous positive vibes and welcoming atmosphere of De Voorkamer offered to its diverse crowd.

In addition to that, the atmosphere is there for other initiatives/organisations which have the similar objectives and vision with us. We, as a team, are eager to join forces by offering our space and/or human power to bring a much better added value to the local community. For me, it is an utterly pleasant experience to work with these people who have the attitude of “If we both want the same innovative result, why not teaming up?” It’s a great example of leaving the self-oriented approach aside to realize the overarching goals with more fruitful results.

Many new exciting projects and collaborations are on the horizon and I am utmost sure that De Voorkamer will grow its community and activities even further. I’m genuinely glad to be a part of it and to know all those who brought their light to this project.